We decided not to drive but to take the train as it was a full family outing; Maria, myself, BOTH Mothers, Jenny and her partner Jevon. I’m not sure how long it’s been since both mothers have been on an inter-city train, let alone last in London, but Mum took great pride in telling us that she and Dad had stayed in London for a night, on honeymoon, in 1958 enroute to Torquay. Apparently, they also went by train, but it took over 6 hours – I stopped short of asking if it was a steam train!

I did think however, that if our train had electrical problems then we could have powered it by ‘hot air’ to London, by the amount of chattering and excitement there was from the mothers. At one point on the way down Jenny said “I’m pleased you didn’t book the quiet carriages!”

To be fair LNER were brilliant in getting all of us onto and off the train. Once at Kings Cross, we ‘jumped’ – as much as you can with 2 Grannies over 85 years of age, complete with sticks and handbags flying everywhere – into a taxi and travelled through central London seeing all the sights!

The hotel for the party was lovely. There were about 140 people there; Matt and Miriam’s friends and work colleagues, Miriam’s family from London and further afield, as well as some of our very good friends who had travelled South for the evening. Both of the Grannies behaved themselves and enjoyed the odd glass of bubbles or two! – and a lovely night was had by all.

We had planned to head home on Sunday morning on the 11am train. This, I thought would be very straight forward, as I assumed London would be reasonably quiet and we would be able to easily get a taxi.

How wrong I was!!

I had forgotten that it was Remembrance Sunday, so not only were there some road closures but the hotel also couldn’t arrange taxis for us, as many London cabbies become ‘Poppy Cabs’ on Remembrance Sunday taxiing veterans free of charge, to and from the Cenotaph. The hotel suggested we walked around the corner and try to get a taxi from the rank outside the Corinthia Hotel which apparently was still in ‘normal’ operation.

So, like an over 80’s school trip we trooped round to the Corinthia. Parked outside the hotel were 3 Mercedes people carriers, all with blacked-out windows.

“Look”, said my Mum, “there’s some taxi’s”. We were just about to explain to her that this was not the case, when 4 large ‘minders’ came out of the hotel and shepherded a chap in a baseball cap, into the middle vehicle and quickly sped away. Jevon, as quick as a flash said “that’s Mel Gibson”, to which my mother replied “Mel who?” quickly followed by “I’m sure he could have fitted us in there as well” – what can you say!!

We did manage to get taxis, with the help of the Corinthia doorman, and finally got to Kings Cross. On the train, without any further problems, I was reflecting on the ‘eventful’ morning and came to the conclusion that Hollywood hadn’t made it to Hexham quite yet!

Anyway, we all had a great time. The Grannies are now getting excited about ‘The Wedding’ next year and wondering if they will meet any more Hollywood Legends!

December is going to be a very busy month for us!

We are taking part in a pilot study for the introduction of a new instrument into the UK. The instrument is an ‘Adapt DX Pro’ which was launched in the USA last year and we are very excited as we are one, of only three practices in the UK, involved in the pilot. Someone in the USA has obviously heard that we like to use the latest technology to improve our patient care, or as Maria says somebody has heard that I like new toys!

So, what is the Adapt DX Pro?

Dark adaptation, is how the eye recovers its sensitivity in the dark, after being exposed to bright lights. 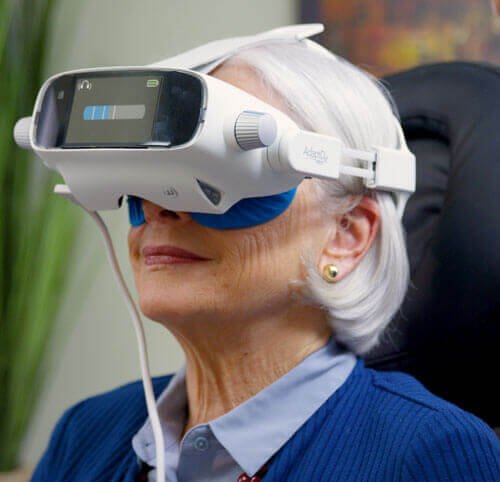 The reason that this is important, is that research is now showing that your dark adaptation ability starts to decline in the very early stages of Age-Related Macula Degeneration. This change in retinal function, occurs before any structural changes to the retina and before you have any symptoms. The earlier we detect any potential problem; the sooner patients can make life style changes to slow the progress of the disease.

The pilot scheme is very exciting and this instrument may well be a huge breakthrough in the future detection of Age-Related Macula Degeneration.

December will also be the month of our half price frame sale.

Some of our most popular frame collections will be reduced such as; Tom Davies, Boz, Davidoff and Daniel Cremeaux as well as Prada, Jimmy Crystal and Morgan.

As you know we don’t do frame sales very often, but we’re doing one this December to make some room for the new Collections arriving in the new year.

So, if you want a ‘new look’ or would like an additional pair of spectacles, please contact the practice. 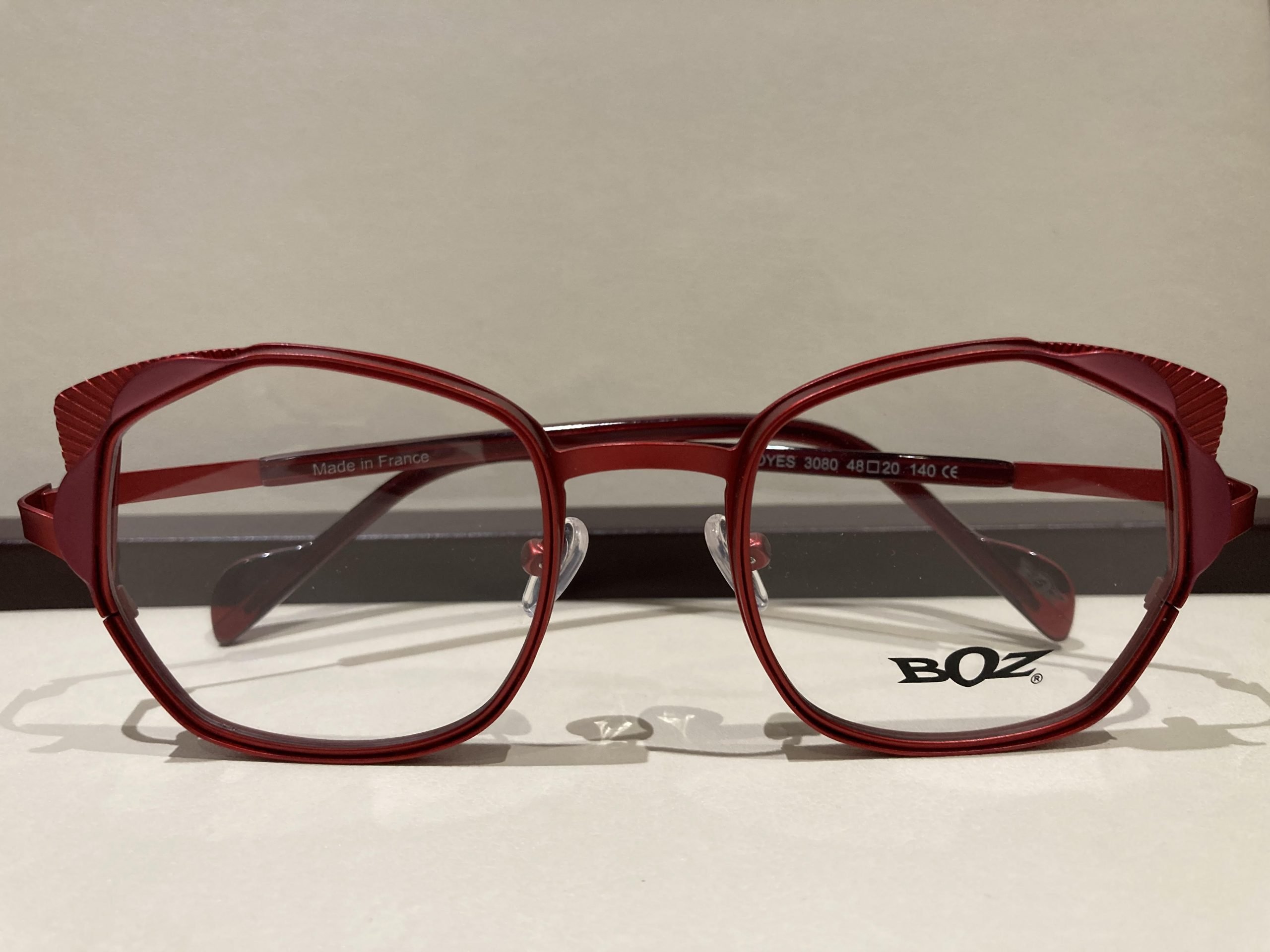 Also, at the start of December I am having 10 days off.

This unfortunately, is not a holiday as I am acting a ‘nurse’ for Maria who is having a hip replacement. She tells me that the list of jobs is progressing well! I can cook, hoover, dust – after a fashion – but I simply can’t iron. I may try and negotiate with Jenny that I’ll work her clinics, if she looks after her Mum, so watch this space!

Mobility is obviously becoming more of a problem in our family as Leo has also started to show signs of stiffness. He is after all nearly 8 and some ‘aging’ is to be expected in a very active Spinone, but we thought it would be safer to take him down to the Vet’s for a check-up.

We are fortunate that our Vets are an exceptionally forward-thinking practice, not scared to try innovative as well as experimental treatments. So, Leo now has monthly injections of a monoclonal anti-body, which ‘mops up’ his pain cells, taking away his stiffness and has miraculously turned him into a 2-year-old!! 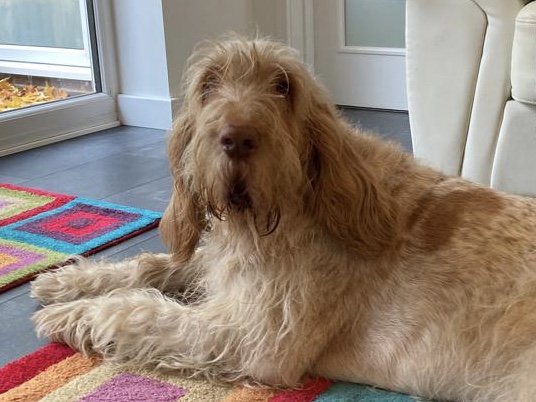 Leo’s mobility has improved so much that Matt couldn’t believe how active he was last time he saw him, so much so that he’s started calling him Lance – after the infamous doping cyclist Lance Armstrong. Unfortunately, Maria couldn’t persuade the Vet to give her any of Leo’s treatment – probably just as well!

Look forward to seeing you when you’re next in the practice.
Best wishes,
Stuart.

We use cookies on our website to give you the most relevant experience by remembering your preferences and repeat visits. By clicking “Accept All”, you consent to the use of ALL the cookies. However, you may visit "Cookie Settings" to provide a controlled consent.
Cookie SettingsAccept All
Manage consent

This website uses cookies to improve your experience while you navigate through the website. Out of these, the cookies that are categorized as necessary are stored on your browser as they are essential for the working of basic functionalities of the website. We also use third-party cookies that help us analyze and understand how you use this website. These cookies will be stored in your browser only with your consent. You also have the option to opt-out of these cookies. But opting out of some of these cookies may affect your browsing experience.
Necessary Always Enabled
Necessary cookies are absolutely essential for the website to function properly. These cookies ensure basic functionalities and security features of the website, anonymously.
Functional
Functional cookies help to perform certain functionalities like sharing the content of the website on social media platforms, collect feedbacks, and other third-party features.
Performance
Performance cookies are used to understand and analyze the key performance indexes of the website which helps in delivering a better user experience for the visitors.
Analytics
Analytical cookies are used to understand how visitors interact with the website. These cookies help provide information on metrics the number of visitors, bounce rate, traffic source, etc.
Advertisement
Advertisement cookies are used to provide visitors with relevant ads and marketing campaigns. These cookies track visitors across websites and collect information to provide customized ads.
Others
Other uncategorized cookies are those that are being analyzed and have not been classified into a category as yet.
SAVE & ACCEPT